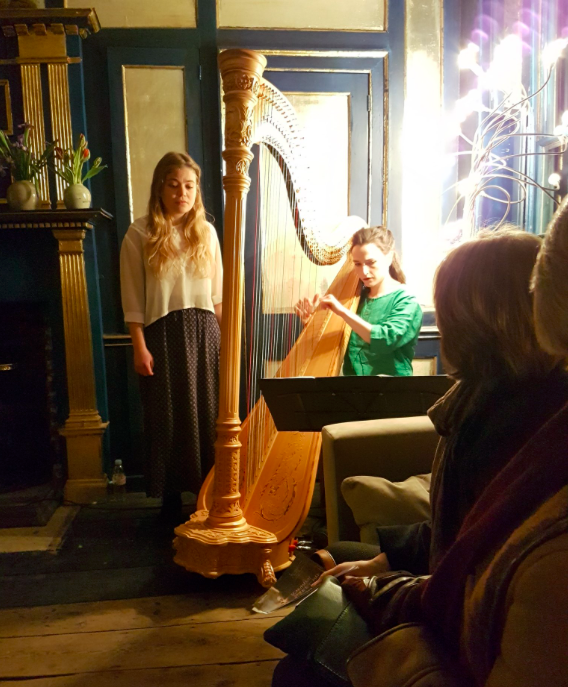 This weekend I definitely played for one of the most memorable events of my career so far – Spitalfields Music Festival‘s ‘Schumann Street’ – a reimagining of Schumann’s ‘Dichterliebe’ song cycle performed by a host of different artists from varying genres. Each interpretation was played on loop in a room in one of eight Hugenot houses in three Spitalifelds streets. The audiences were given a map and could roam as they liked, stepping into these incredible homes, so generously ‘given’ for the weekend!

I was paired with my friend and colleague Héloïse Werner, an amazing soprano and actress (!) for our supercharged interpretation of song number eight from the cycle – ‘Und wüßten’s die Blumen, die kleinen’. The protagonist muses on what comfort nature would give him if it could only understand his sorrow, but ultimately of course no one can understand but she who has torn his heart asunder. We created a graphic score that represented our interpretation, starting with a fairly traditional rendition of the song, and moving to focused and semi-improvised material on the key words. The harp came to represent nature and thus became increasingly independent from the voice, creating sounds reminiscent of nightingales and stars.

Those of you who know me will already be aware that I am on a mission to show that the harp is an incredibly versatile instrument, with many sounds and possibilities as yet unexplored. One of the many special things about this event was the opportunity to work unusual sounds into the harp ‘part’, and to hear that they have been effective and thought provoking is really very encouraging! There was a lovely moment with Héloïse on one of the concert days where I discovered a new sound that I had never heard the harp make before – what else is still to come?!

The event seems to have gone down extremely well and it’s quite overwhelming to read the response on Twitter. It was a truly expansive event, and it was a real privilege to be involved alongside so many fantastic musicians across such a wide range of genres. Congratulations to Andre de Ridder and all the team at Spitalfields for pulling off such an incredible feat!

You can read our two 5* reviews here:

‘But every room presented something magically strange and unforgettable, illuminating the genius of Schumann and Heine.’ – Rupert Christiansen, The Telegraph

‘…while Werner spoke and sung of her anguished, torn heart, Anne Denholm dissected her harp in extraordinary ways, from shivering filigree, to jarring feedback, drooping bent notes and the ghostly wail of metal on strings.’ – Helen Wallace, The Arts Desk 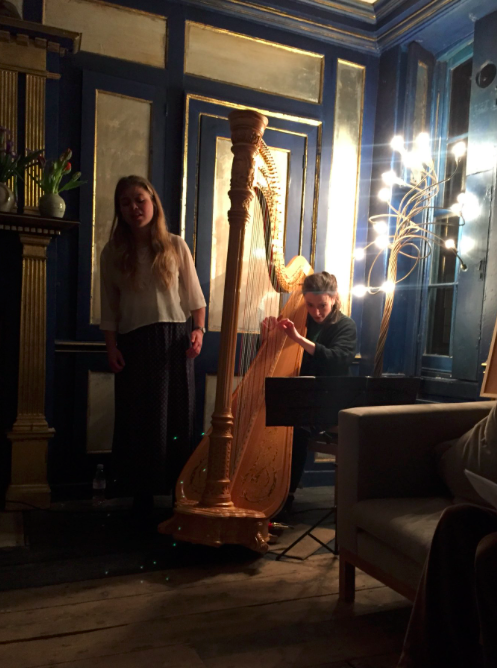 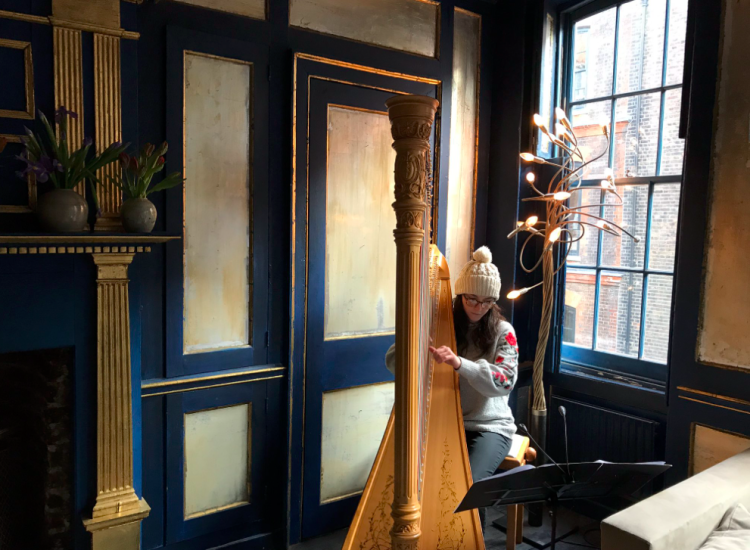 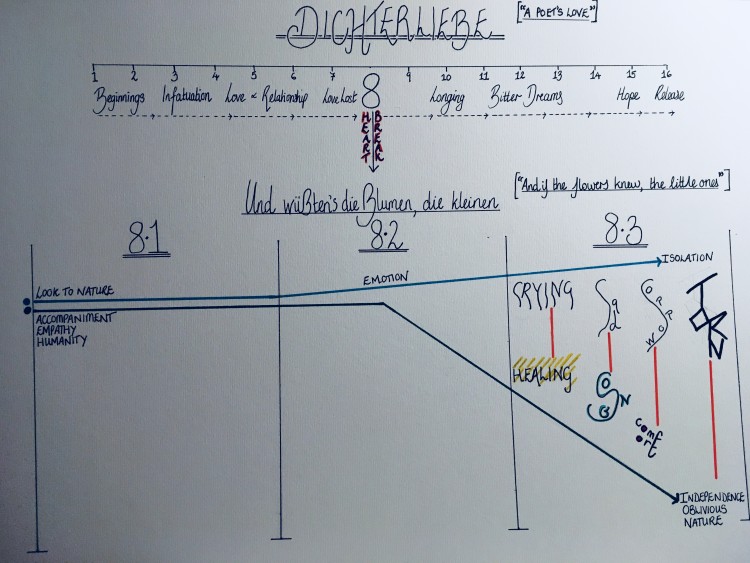