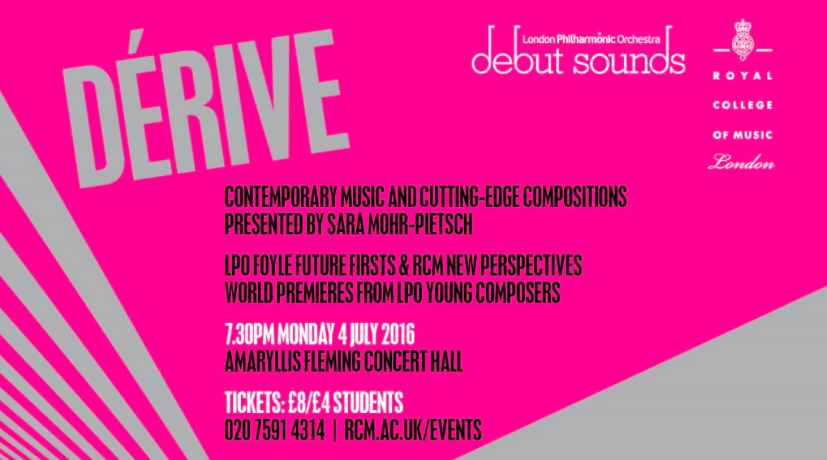 Next week rehearsals will start for the LPO Foyle Future Firsts’ appearance in ‘Debut Sounds: Dérive’ at the Royal College of Music in London.

To begin, the RCM New Perspectives present an array of 20th-century works by such compositional giants as Magnus Lindberg, Julian Anderson, Pierre Boulez and Oliver Knussen.

In the second half, we hear five world premieres by the LPO’S Young Composers – the freshest talent on the contemporary classical scene. These premieres will be conducted by LPO Composer in Residence Magnus Lindberg, and performed by members of the London Philharmonic Orchestra and its Foyle Future Firsts Development Programme. Each work is written specially for a member of the LPO to perform as soloist with the ensemble behind them, from trombone to clarinet and cello.

Be prepared for rules to be broken at this one-of-a-kind event this summer.

The 2015/16 Foyle Future Firsts Development Programme is generously funded by The Foyle Foundation with additional support from Help Musicians UK, The Barbara Whatmore Charitable Trust and the Lord and Lady Lurgan Trust. The LPO Young Composers programme is organised in collaboration with the Adam Mickiewicz Institute as part of the Polska Music Programme and is generously supported by Cockayne – Grants for the Arts, Help Musicians UK, RVW trust, the London Community Foundation and the Stanley Picker Trust.