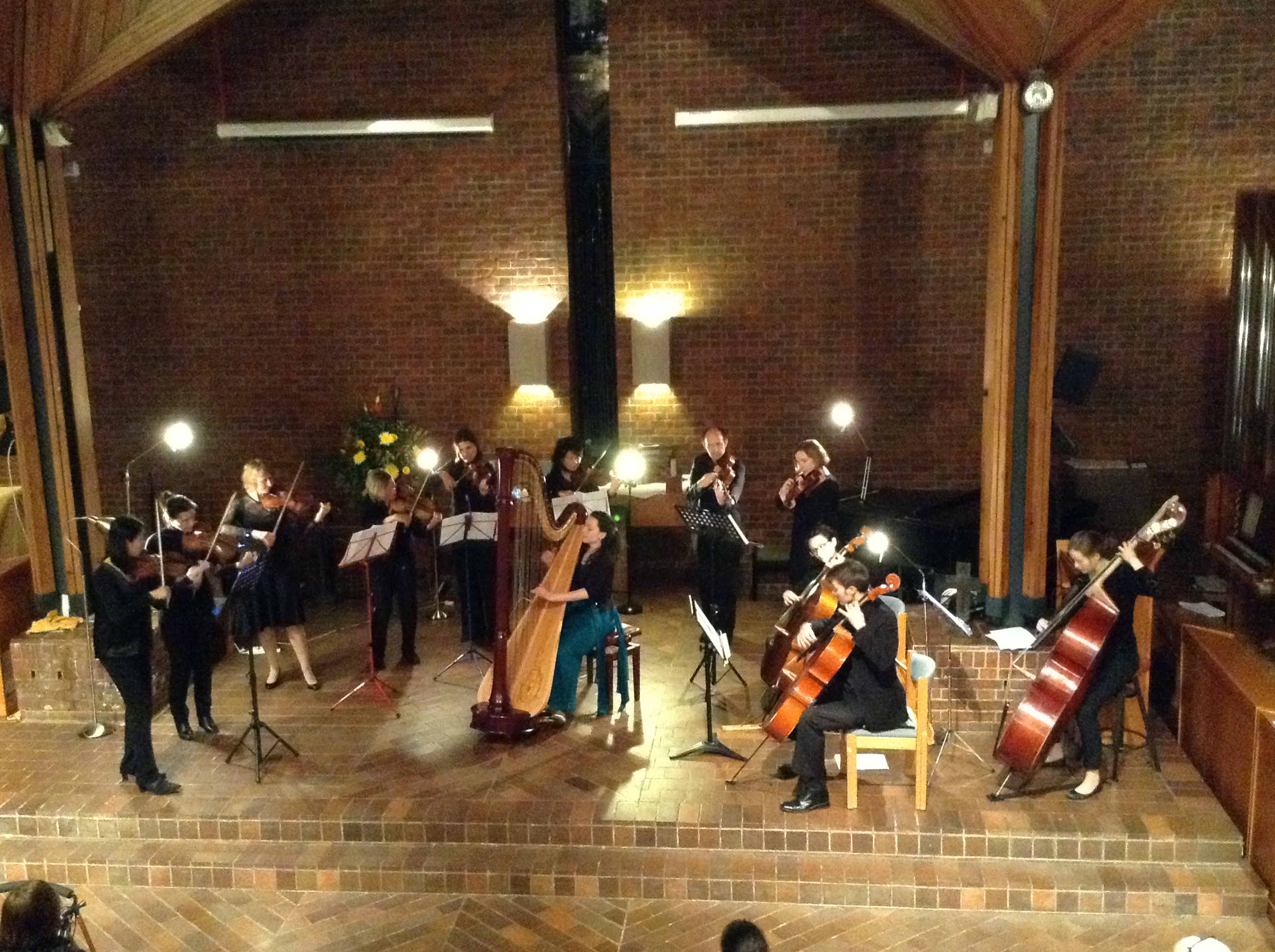 I feel incredibly fortunate to have been given the opportunity to perform Handel’s Harp Concerto in Bb Major twice this month, once near the beginning of the month with the All Saints’ String Ensemble in Isleworth (see photo!), and the second coming up a week today in the Duke’s Hall at the Royal Academy of Music (27th February, 1800). This second performance features as part of a concert honouring the The Calleva Collection of instruments at the RAM, which includes a beautiful bronze Style 23 Lyon and Healy harp, which I will be playing on the night.

The concerto itself is a real gem, originally written for the Welsh triple harp as part of Handel’s ode, Alexander’s Feast. The first movement, exuberant yet stately, is followed by the oasis of the second movement (one of my favourite pieces to date!), where intimate melodies from the harp are echoed in luscious outpourings from the strings, all united by a sighing sarabande feel. The work is rounded off by a swift, chirpy third movement which passes in a colourful flash!

Do join us next Friday!